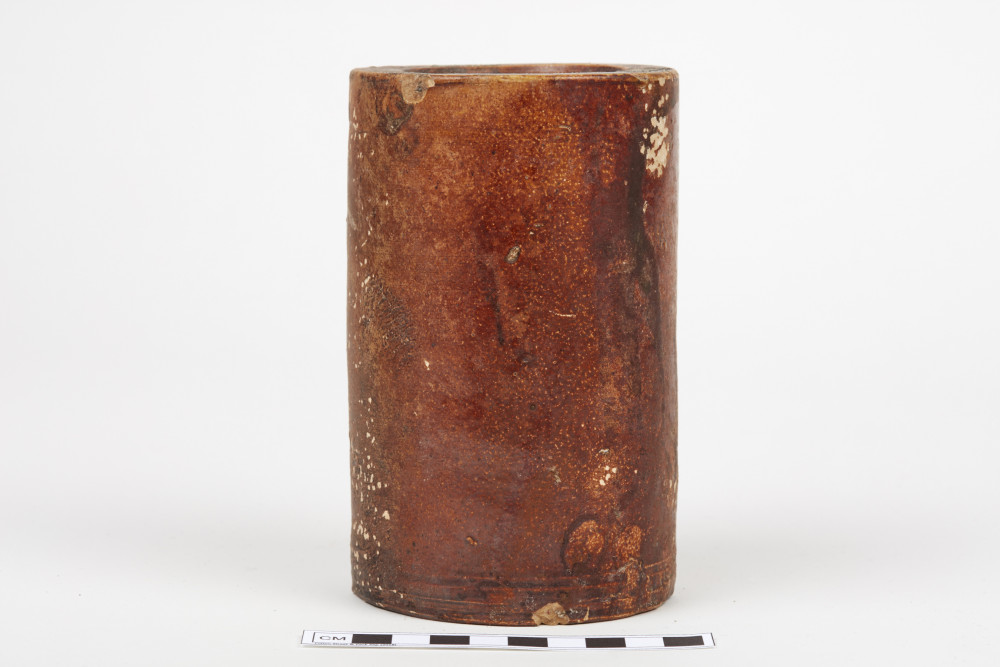 Stoneware oyster jar used to store pickled and preserved oysters, removed from their shells, for shipment to the West Indies and elsewhere. The jars were sealed with a cork and the well surrounding the cork was then filled with wax.