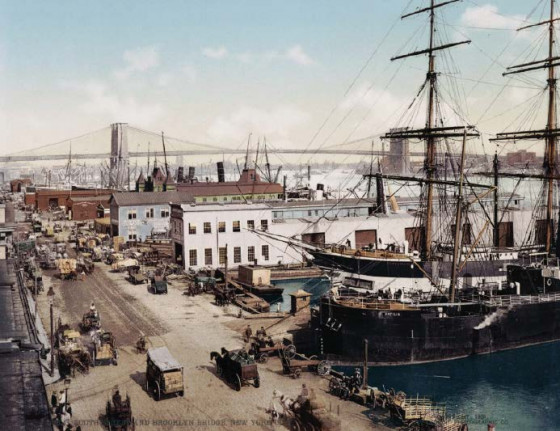 Archaeological monitoring and excavation were completed within Fulton Street and in the South Street Seaport Museum between 2009 and 2014.  Historical infrastructure dating from the early 18th century to the  19th century was found including a stone , remnants of wharves, and a manhole associated with Edison's Illuminating Company. Thousands of artifacts were found and will be incorporated into the Repository's database as funding allows. For more information about the project, please see the final archaeological report. 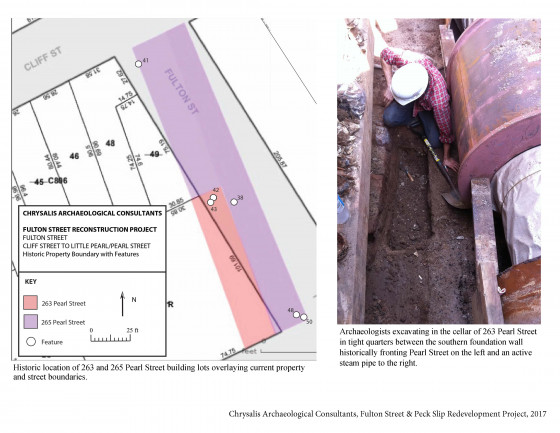