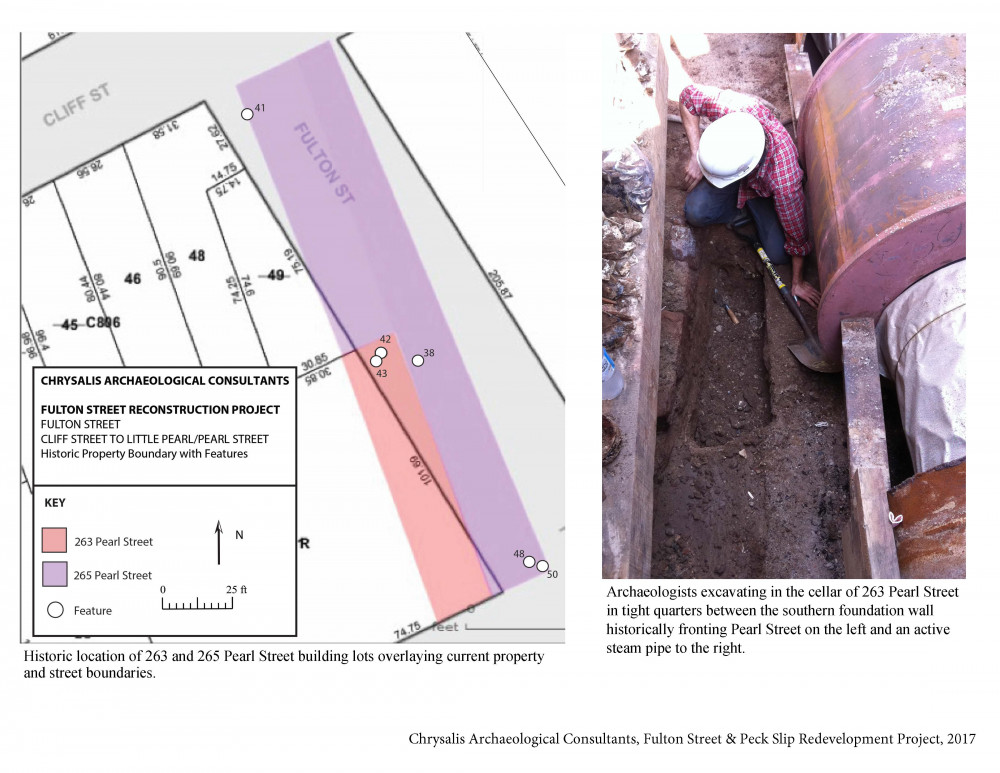 In 2013 archaeologists monitoring the replacement of sewer and water mains along Fulton Street in lower Manhattan between Cliff and Pearl Streets unearthed a large concentration of over 4,000 artifacts dating to the early 19th century. Subsequent research determined that the artifact deposit was located within the cellar of 263 Pearl Street (formerly Queen Street), a three-story brick dwelling and storefront, that contained a middle-class boarding house run by a Mrs. Riddle followed by Widow Williams between 1798 and 1815/16. In 1816 the building was demolished when the street to the west was widened and renamed Fulton in honor of engineer Robert Fulton (the inventor of the steamship). The artifacts found in the cellar of 263 Pearl speak to the day-to-day life of the boarding house proprietors and residents—artifacts associated with the cooking and serving of food and drink as well as items related to personal health and hygiene like medicine bottles, a bone toothbrush, and chamber pots.