How and why does NYC Archaeology Happen?

Archaeologists dig to learn something new about the past but the process involves a great deal more than the actual digging.

The archaeologist's first step is to define what they hope to learn from a site and to uncover as much as they can about its history. The initial research evaluates and clarifies the research problem that the archaeologists will try to solve through their work. Initially, the archaeologist considers multiple questions including: where is the site located? Why is the site there? Who lived on the site at different times? What was done to the site? What other information might be available about it?  In New York City, there is a wealth of historic information to consult including: historic maps, property records such as tax information, historic accounts such as wills and relevant newspaper articles, and other archaeological reports.

Step two is to find out what is actually in the ground at the site by testing it. This may include borings (drilling holes into the ground to see what lies beneath), digging small test units, or techniques such as Ground Penetrating Radar (using radar pulses from the surface to image the subsurface).  After this initial testing phase, archaeologists may go back to fully excavate the site. In this photograph, students from The Brooklyn College Archaeological Research Center are carefully measuring where to place their initial test trenches: 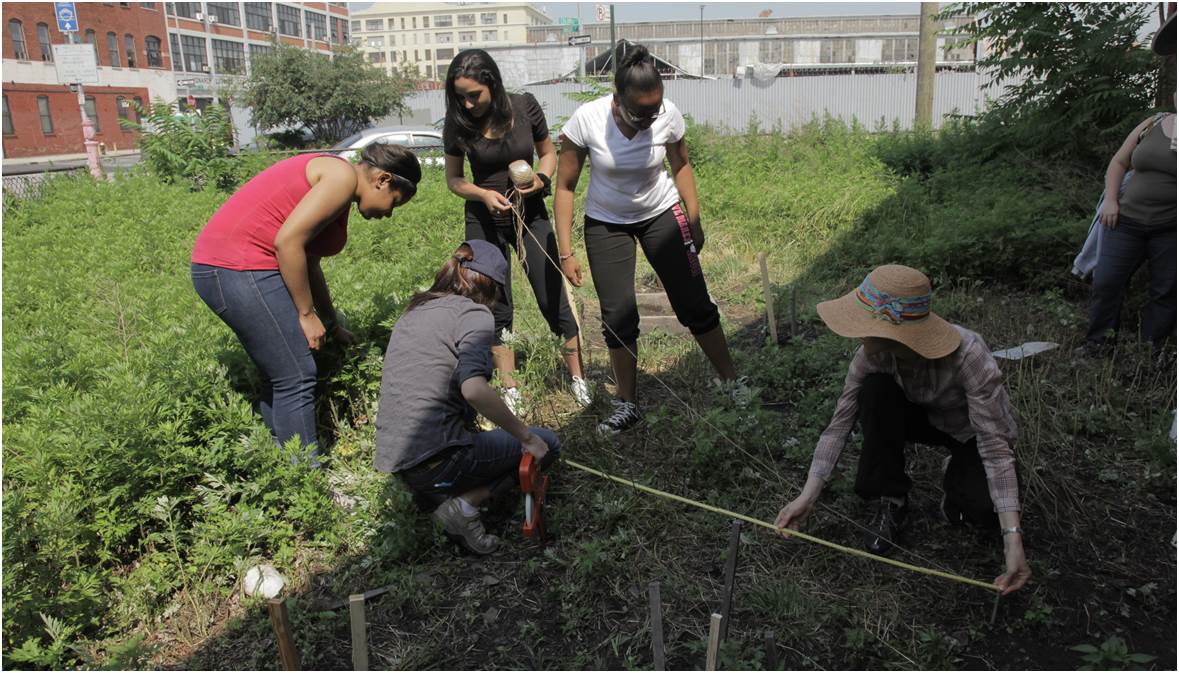 Step three involves the careful analysis of everything that was found which includes a complete inventory of all the artifacts that were found and where they were physically found, an analysis of all the field notes to see what site patterns may emerge and, often, more historic research to help better illuminate the findings.

The final step is to bring together all of this information into a final report that conveys all the work that was completed and, most importantly, what was learned about the past.  Additionally, some projects create exhibits to highlight some of the key discoveries for the public such as was done when the mid-18th century Battery Wall was uncovered during archaeological monitoring for the South Ferry Terminal Station.  A portion of the wall is now on display in the South Ferry Station at Whitehall as shown in this photograph.