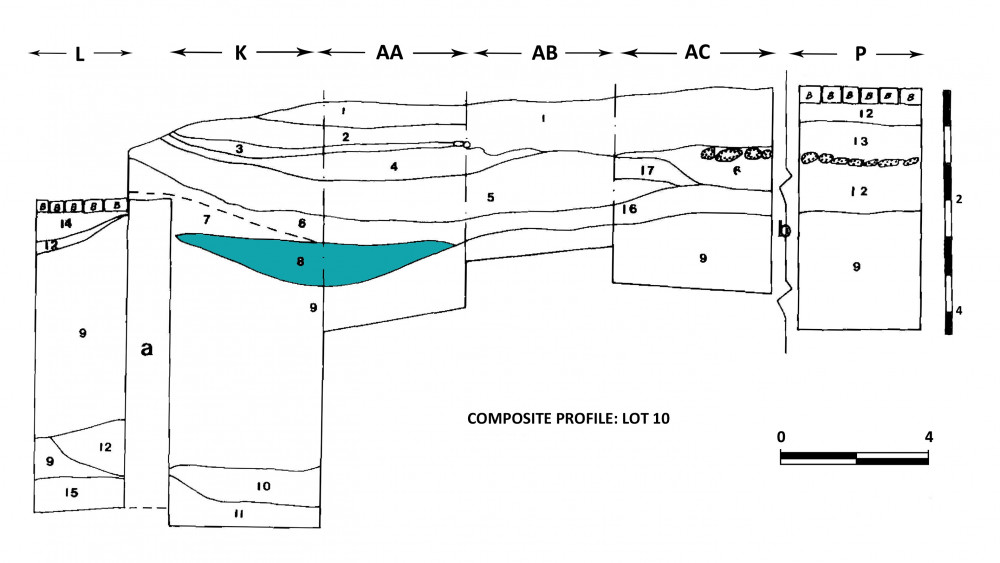 This context (Catalog# 906, Lot 10*, Test Cut AA, Strat 17, Level a) consists of artifacts from the deposit titled “GBS” which contained a gray and dark gray/black silty soil excavated in the front portion of Lot 10*. The “GBS” deposit was located below the “BS” deposit in Test Cuts K and AA. The gray black soil excavated in TC AA and TC K began about approximately five inches below the top of the south Livingston wall and extended approximately nine feet north of the wall. The maximum thickness of this deposit (about four to five inches) occurred at the intersection of TC K and AA.

It is possible that the deposition of strata BS and GBS took place subsequent to the deposition of landfill stratum GS2, with landfill stratum GS1 being deposited still later (even though its dates are earlier). The nature of stratum GBS remains uncertain. The color of this deposit suggested that it may have represented a domestic midden. However, the ratio of architectural artifacts to non-architectural artifacts recovered from the deposit does not support this interpretation. The deposit also does not have a particularly high density of bone or shell, with a lower density of bone than the other three deposits. Of the 229 artifacts in the architectural category that were recovered from GBS, 189 were building stone fragments.

The data suggest that GS2 was deposited as the initial landfill at the time of the south foundation wall of the Livingston house was constructed. Deposit GBS may have accumulated while the surface of the Lot was exposed prior to the construction of the superstructure of the house, possibly during the construction of the sandstone cap atop the foundation wall. This is suggested by the presence of the building stone and by the fact that the deposit was present only in the area closest to the wall. A more detailed description of this deposit and the associated landfill deposits in Lot 10* can be found on pages 129-139 of the 7 Hanover Square site report. 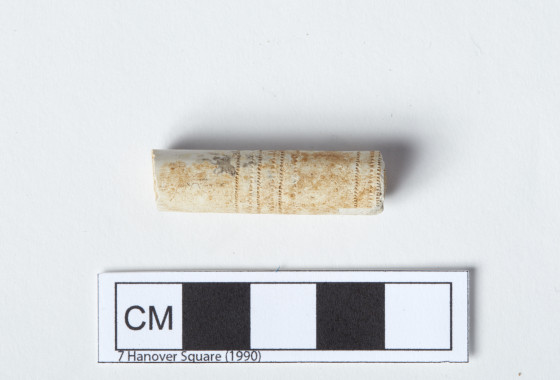