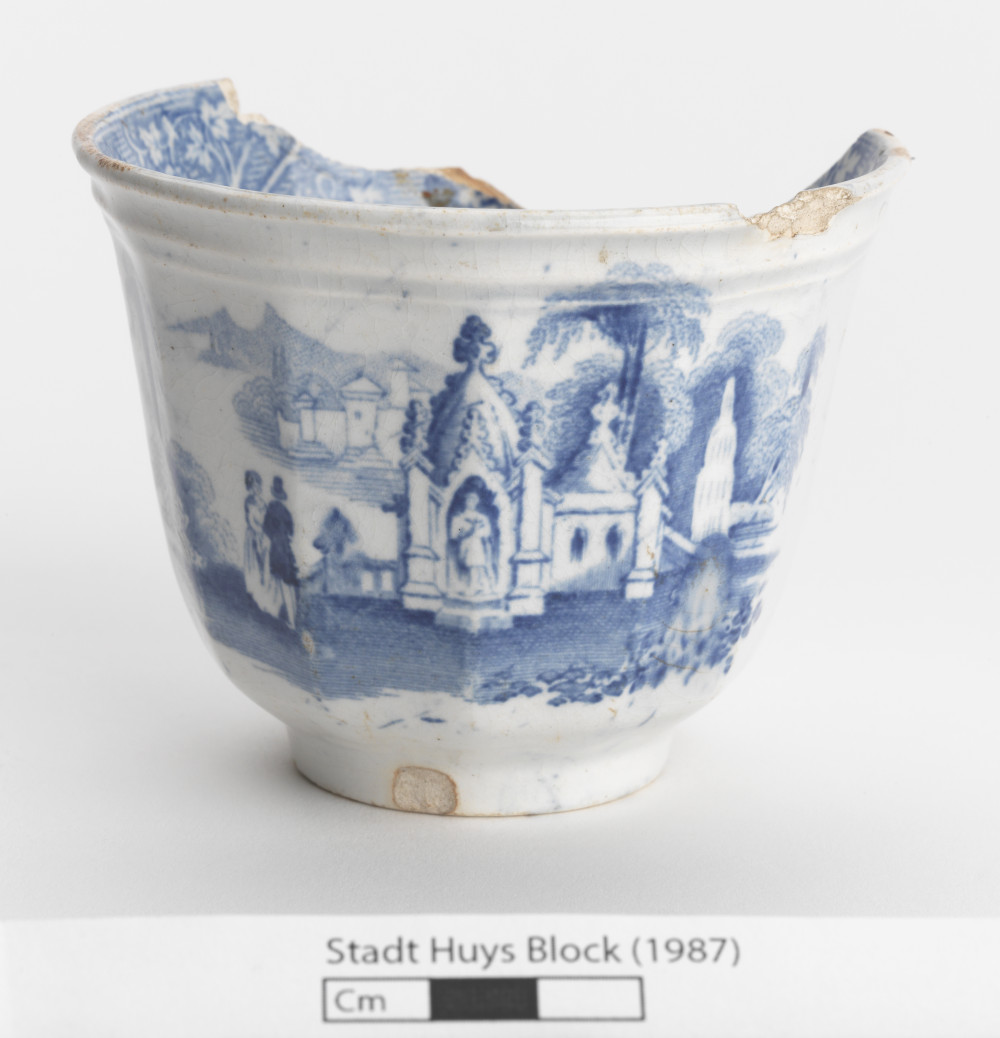 A blue transfer printed whiteware teacup with a 3.75-inch diameter. Commonly called "gothic," these paneled designs proliferated throughout the mid-nineteenth century. This vessel uses both exterior and interior decoration. The interior border uses a repeating floral and botanical motif with scrolls. A smaller version of the landscape with a tall tree, mountains, and built structures can be seen on the inner bottom of the cup when viewed from above. The exterior decoration uses Romantic imagery, wherein a man and woman view a bucolic landscape and stylized buildings from atop a promenade. Although the vessel lacks a maker's mark, the collection of the trees, river, mountains, balustrade, foreground couple, and Gothic shrine all suggest that this cup was made as part of the Adams family's "Columbia" series. Williams Adams IV & Sons of Stoke-on-Trent, Staffordshire launched the design around 1840 and likely manufactured this vessel. The popularity of the wares inspired the company to create numerous variants and to continue making versions of the pattern when the younger Adams founded William Adams V in Newfield, Tunstall, Staffordshire in 1865. The cup shows signs of damage that likely occurred during manufacturing or transport. On one side, the patch of flowers located under a fountain is blurry and the miniature landscape on the inner base features several circular cracks. 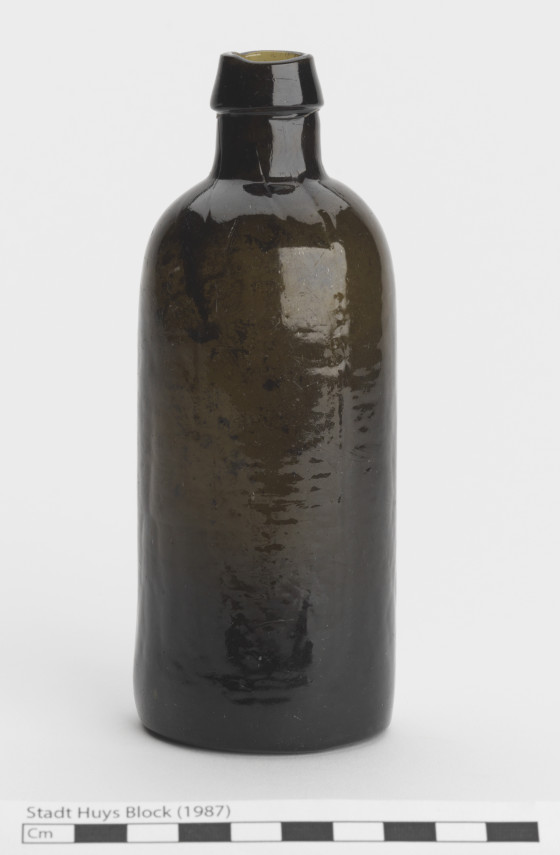 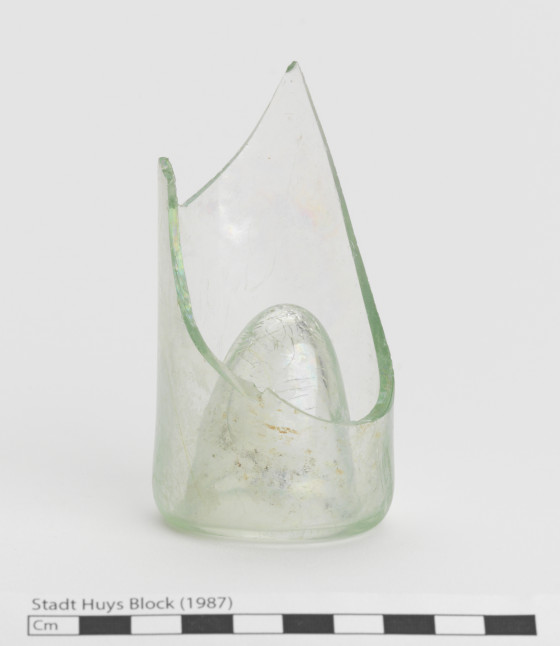 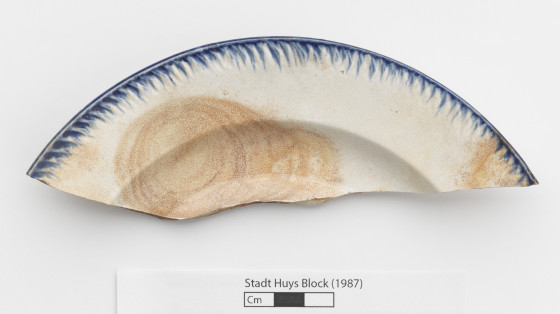 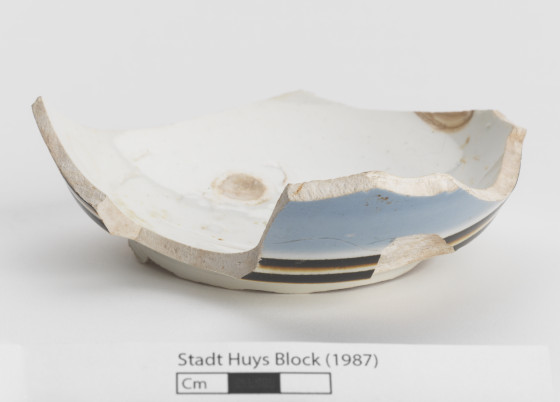 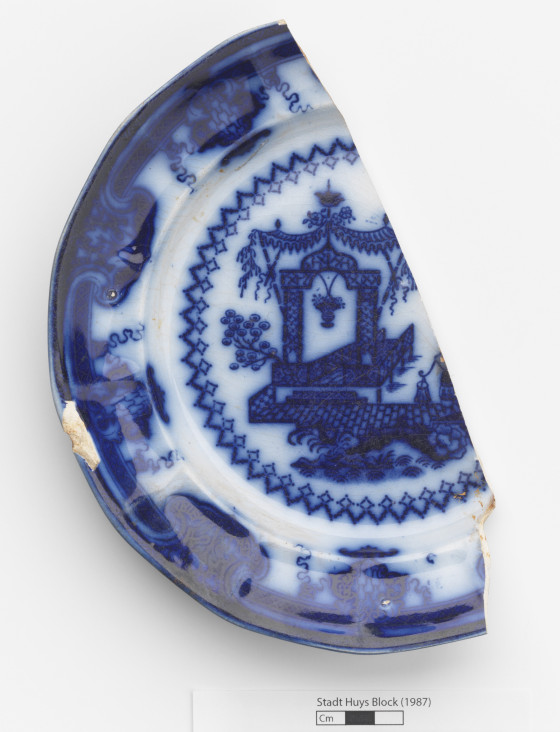 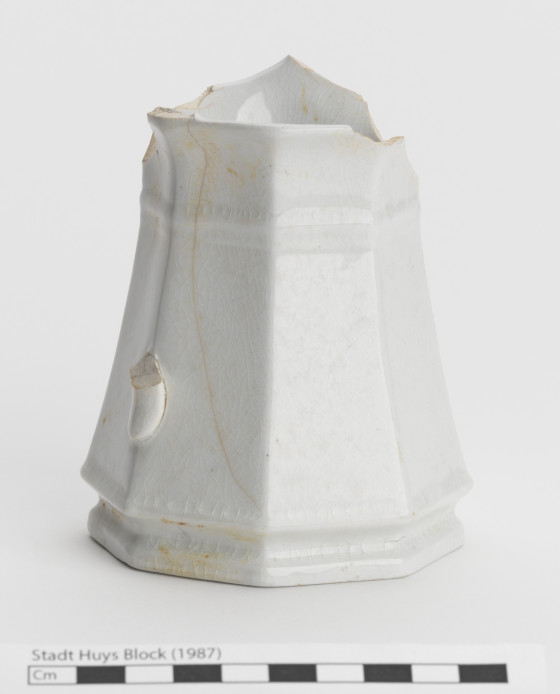 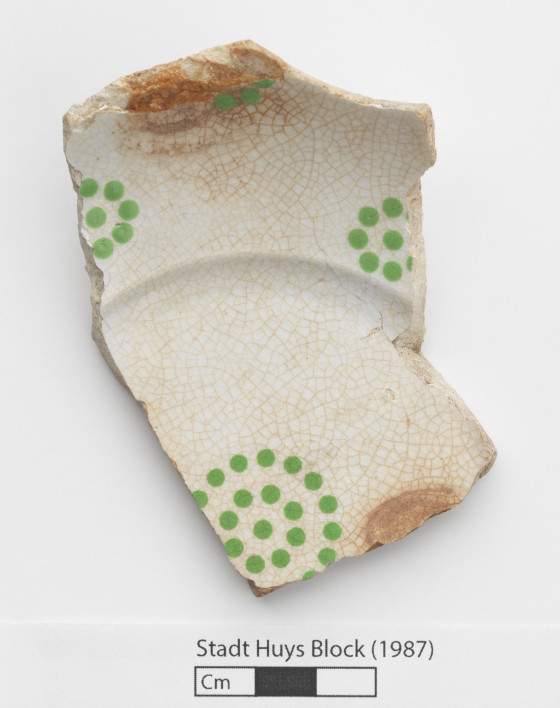 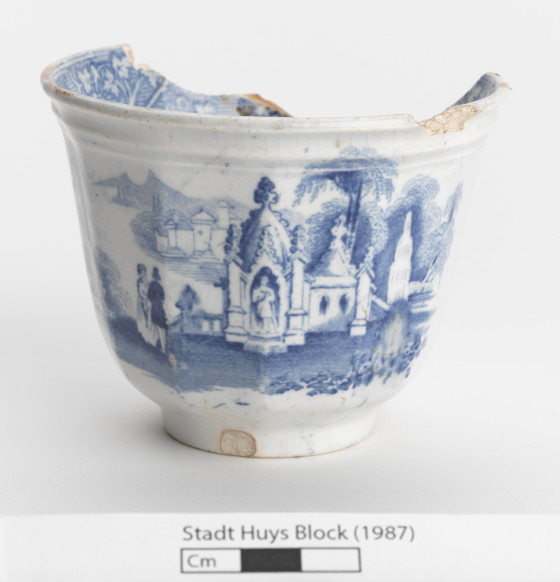 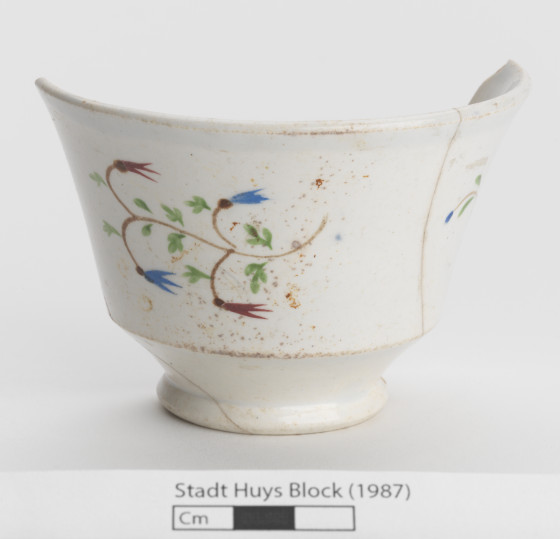 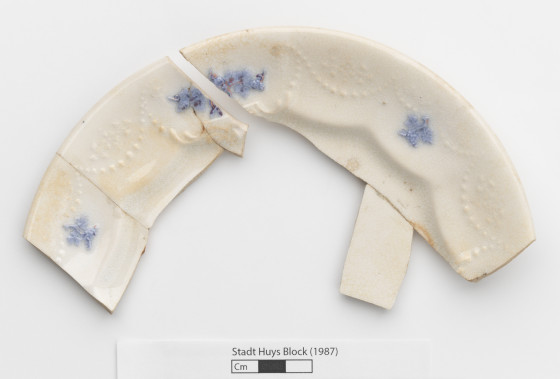