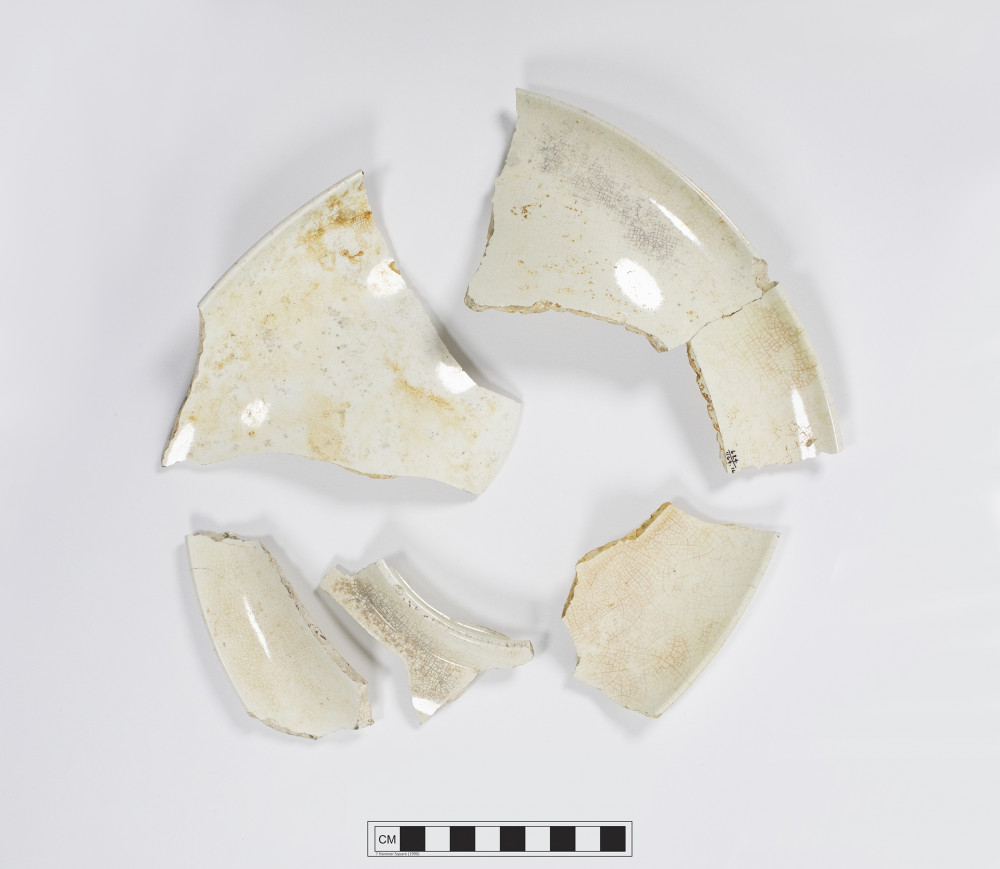 These six creamware body, base, and rim sherds likely originally composed a basin. The fragments suggest that the basin had had a rim diameter of 35 cm and a base diameter (at the footring) of 14 cm. This type of basin would have been accompanied by an ewer (a special type of pitcher for pouring water into a basin) and was used for personal washing, prior to the development of indoor plumbing. These sherds were excavated from a cistern associated with the Pearl Street House, a hotel ca. 1825-1853. This set of fragments is the most complete example of this vessel form found in the cistern deposit, but a number of other similar but non-matching rim fragments (BGC V#49, 50, 51) suggest that there were multiple basins of this type discarded within the cistern. 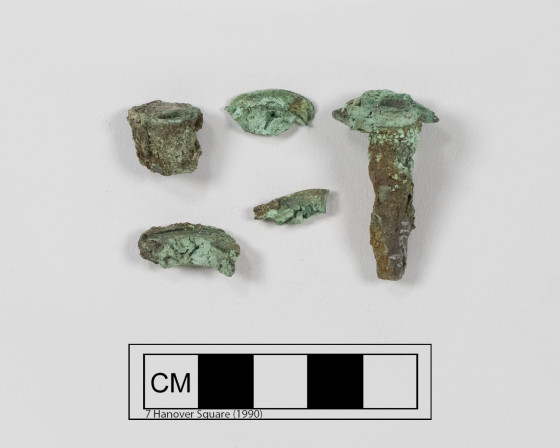 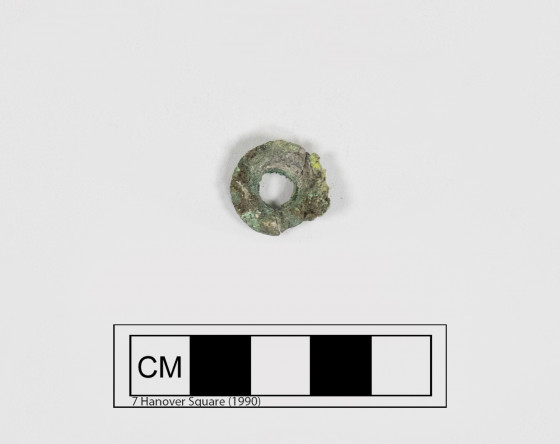 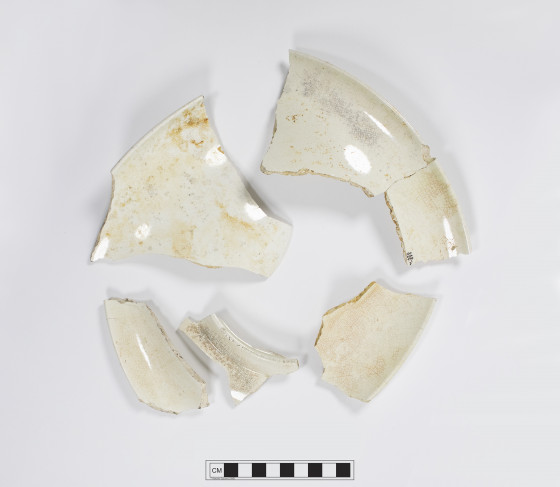 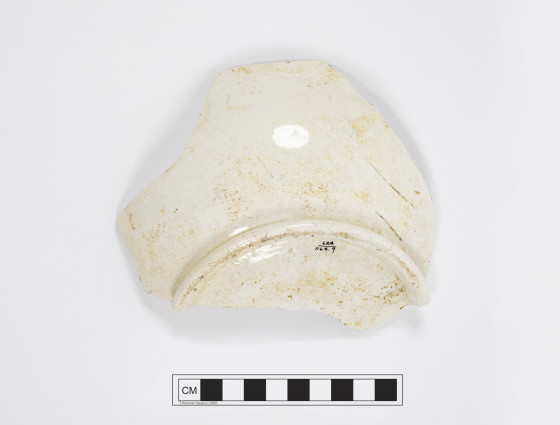 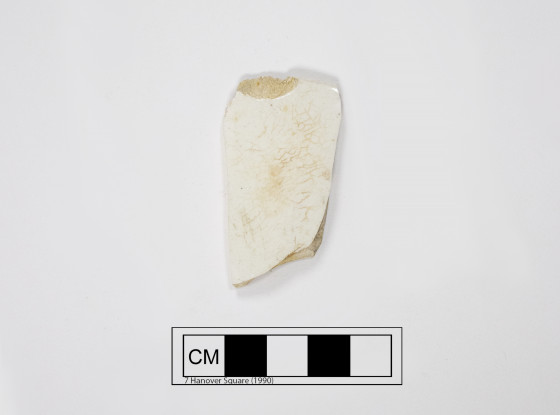 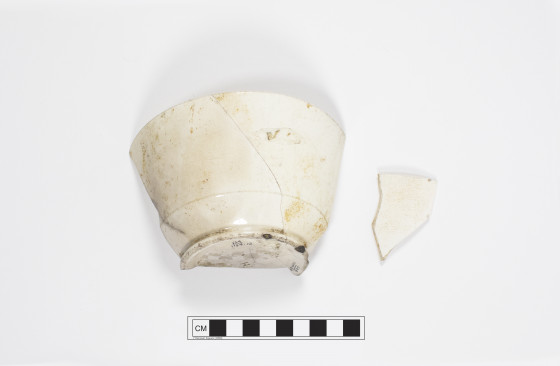 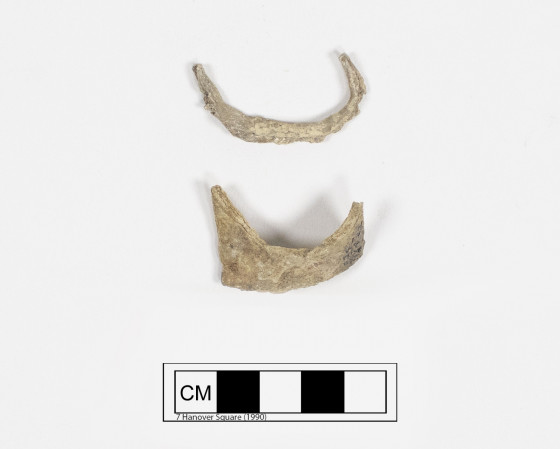