During the Civil War the Federal Government turned to conscription to fill the ranks of the Union Armies fighting in the south. Residents throughout the northern states were required to sign up for the draft, furnish a substitute, or pay a fee of $300 in lieu of serving. In several large northern cities, large portions of the lower classes–especially recent immigrants and Irish–resisted the idea of sacrificing themselves to fight an increasingly deadly war for what they saw as unworthy goals: for wealthy men to get even richer in the south, or to liberate enslaved Africans. In New York, draft resisters went on a three-day rampage, destroying draft offices, burning buildings, and killing as many as 119 people–many of them Black New Yorkers. City leaders, increasingly concerned about the instability threatened by the seething working classes, called in the Union Army to quell the violence. Source: Iver Bernstein, The New York City Drafts Riots: Their Significance for American Society and Politics in the Age of the Civil War (New York, 1990.) Written by Dr. Brett Palfreyman 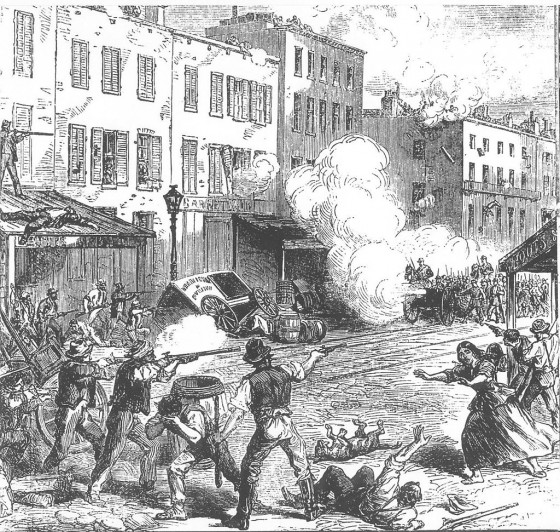