Manhattan’s Central Park, now the most visited urban park in America, was first conceived in the mid 1800s as a place where both rich and poor might escape the congested, dirty streets and smoky air of dense downtown. Based in part of existing green spaces like Brooklyn’s Greenwood cemetery, Central Park was designed by a team of architects and engineers led by Frederick Law Olmstead and Calvert Vaux. The ambitious open space dominates the center of Manhattan Island, breaking the iconic street grid from 5th Avenue in the east to 8th Avenue in the West, and 59th Street in the south to 110th Street in the north. Part recreational space and part public health initiative, New York leaders saw Central Park as a place to help clear the “lungs of the city.” Construction of the park, though, required the forceful removal of a number of existing communities within its footprint, including the thriving African-American neighborhood of Seneca Village. Source: Roy Rosenzweig and Elizabeth Blackmar, The Park and the People: A History of Central Park (Ithaca, 1998). Written by Dr. Brett Palfreyman

It should be noted that Seneca Village was once the largest community of free African-American property owners in mid-19th century New York and was located in what is now part of Central Park. It was taken by the State through eminent domain to build the park.  The Seneca Village Project conducted archaeological testing at the site and that archaeological collection is now within the NYC Archaeological Repository.  For more information, please see: Seneca Village 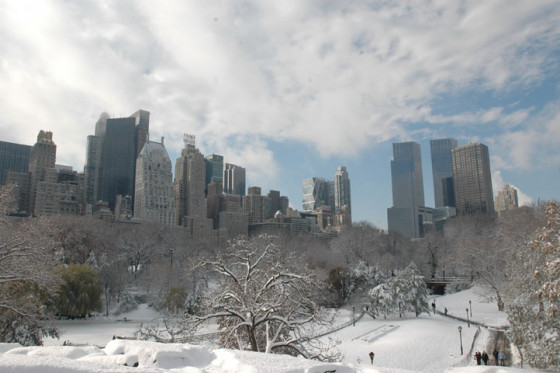