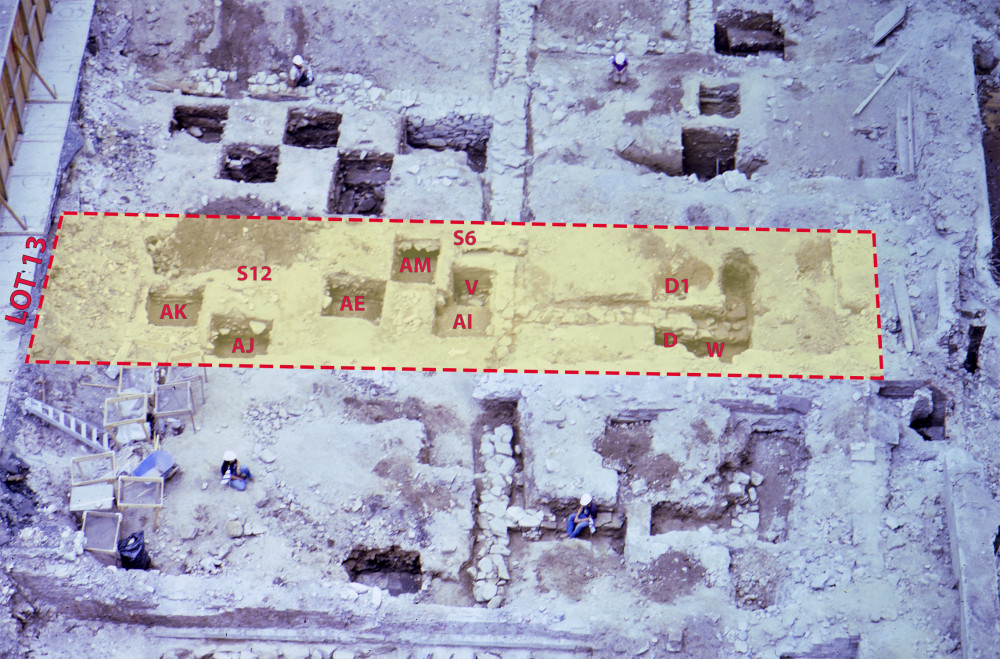 In the southern portion of Lot 13, a wood-lined rectangular box feature was uncovered initially while excavating Test Cut D. The feature was further exposed in Test Cut W, and measured to a length of 65 inches east to west by a width of 43 inches north to south. A number of strata were present in the southern part of TC D above the wooden feature. Stratigraphic analysis indicates that these were deposited subsequent to the removal of the uppermost portion of the feature. The absence of wood stains in the south and west profiles indicates that the topmost portion of the wooden sides did not decay naturally but was deliberately removed. A number of wooden boards, oriented east to west, at a depth of 21 to 22 inches were exposed in the southern part of Test Cut D. The boards were present in the south wall of the test cut and only extended a foot further to the north (not as far as the northern extent of the wooden feature). Due to this separation, it is believed that there was no structural relationship between the feature and the boards. 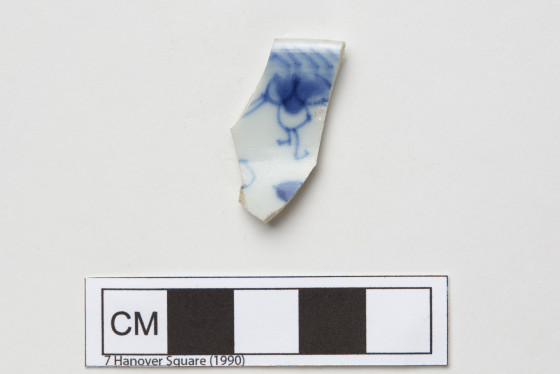