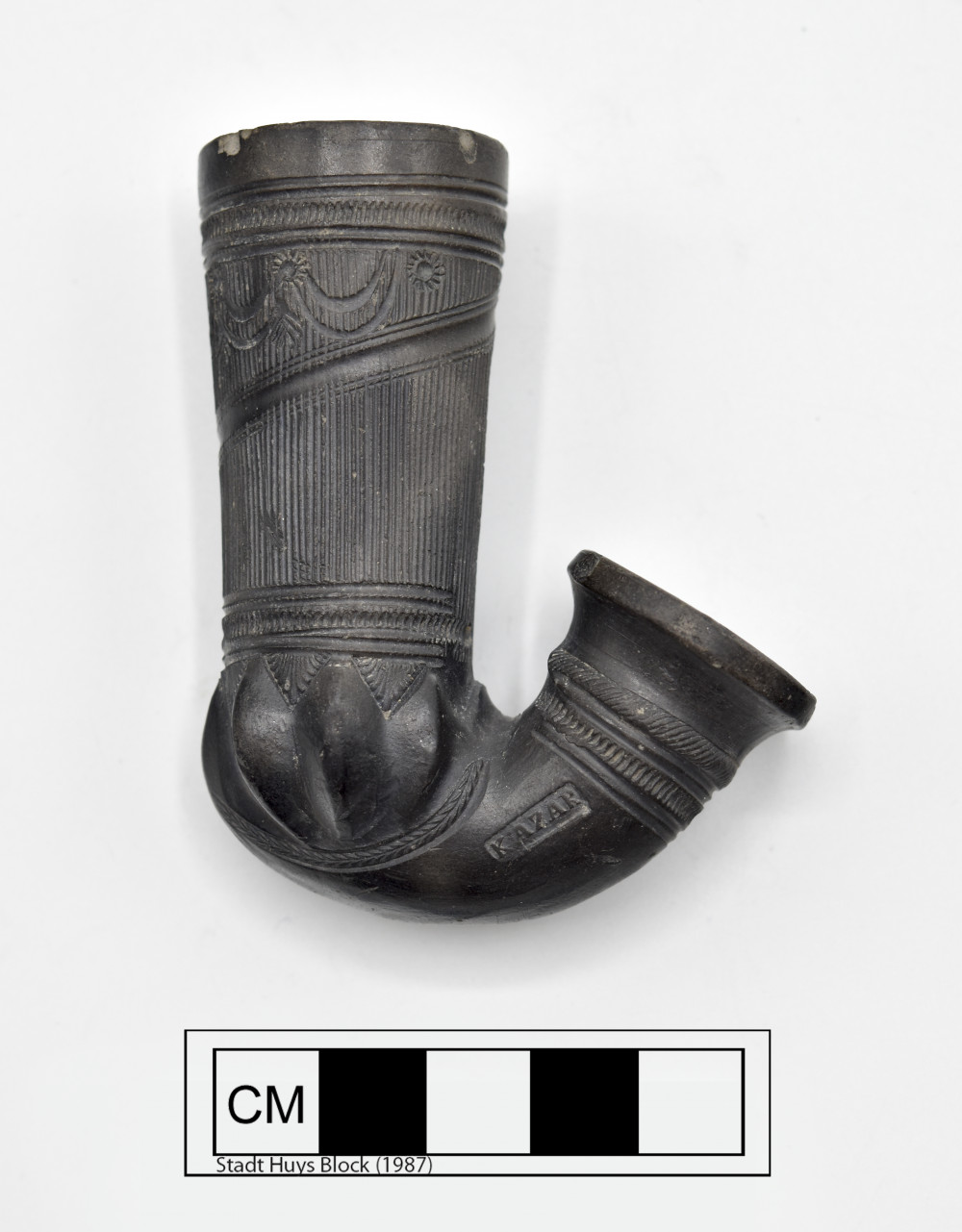 One Eastern-European Style smoking pipe bowl rim from a short-stemmed pipe. This black, highly-fired and highly burnished, earthenware pipe is 3 inches tall from the curve of the base to the top of the rim. The black color may be the result of a process that consists of firing the object in a sealed saggar containing sawdust. It is also possible that the black color is the result of the deliberate use of clay from Asia Minor called "kefkil," which burns black or red. The pipe bowl is elaborately decorated with narrow horizontal bands, vertical lines, flowers, leaves, and bunting. Three holes are located at the bottom of the interior of the bowl. An oval cartouche is located on the right side of the bowl, near the base, with a mark consisting of a flying insect with fat wings, protruding eyes, and V-shaped antennae, surmounted by the letters KIS AZAR. On the left side of the bowl, near the base, is a rectangular cartouche, within which is the maker's name or place of manufacture, K AZAR. While more research is needed to identify the pipe’s maker, the pipe was manufactured in Kis Azar, a town in Hungary/Slovakia during the 19th century, possibly during the Crimean War Period (1845-1856).