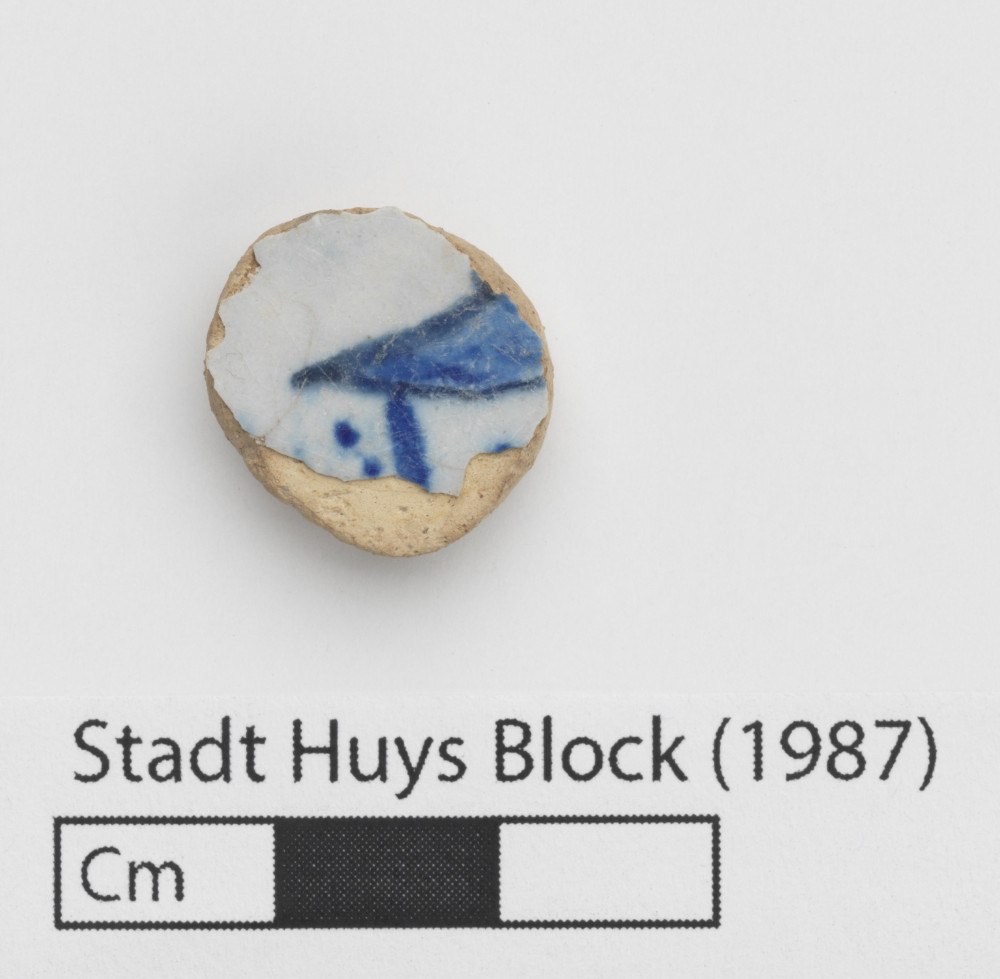 A reworked sherd with a pale buff-colored body and remnants of a blueish-grey tin glaze on one side. The rounded object sports a painted cobalt blue roof design outlined in a darker blue color. An unknown user likely reformed the ceramic sherd into its current form by either chipping at or filing around the existing surface decoration. The round shape, half-inch diameter, and the care with which the object was re-formed suggest that it was intentionally recycled. This “gaming piece” likely derives from a discarded flat-bodied ware, perhaps a plate or charger or even a wall tile. Surface wear is minimal with most damage consisting of cracks in the glaze as opposed to utensil marks. The likely Chinese-inspired design suggested by the roof helps narrow the date of creation from 1669 to 1793. Such wares reached their peak popularity during the mid-18th century before falling out of fashion among New York’s elite. Found in an extremely mixed and disturbed layer of stratigraphy, this piece’s deposit perhaps relates to the demolition of the last structure that stood on Lot 12 prior to the widening of Stone Street in the 1830s. The manufacturing dates of the original ceramic and the demolition date of the home on Lot 12 help clarify the period of usage for the disc from 1669 to 1830 (Rothschild, Wall (Rockman), and Boesch 1987, 260 and 273-8)(Jefferson Patterson Park and Museum). 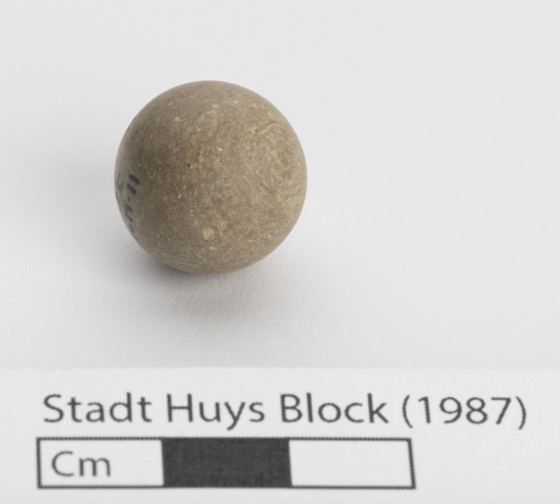 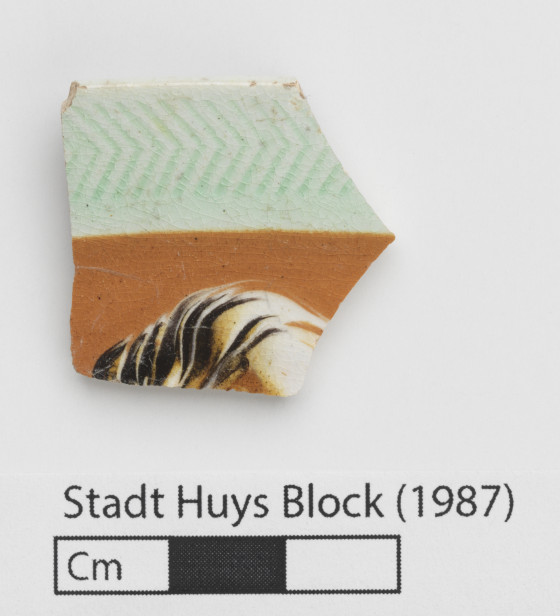 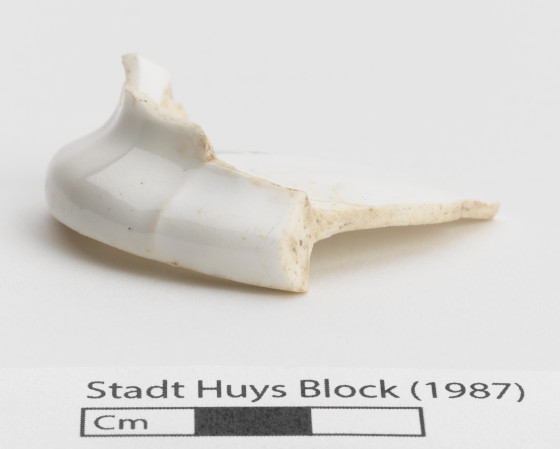 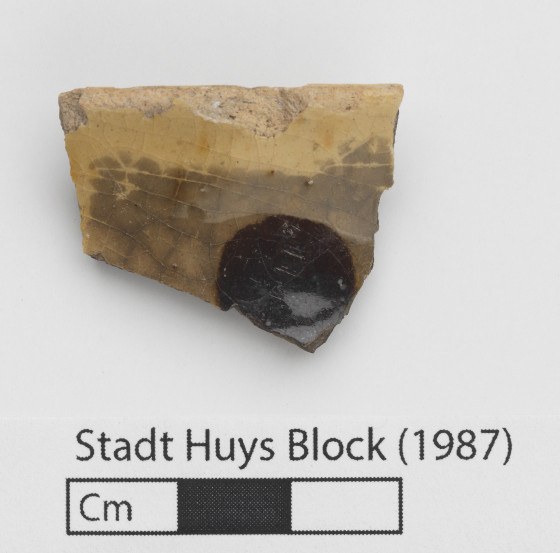 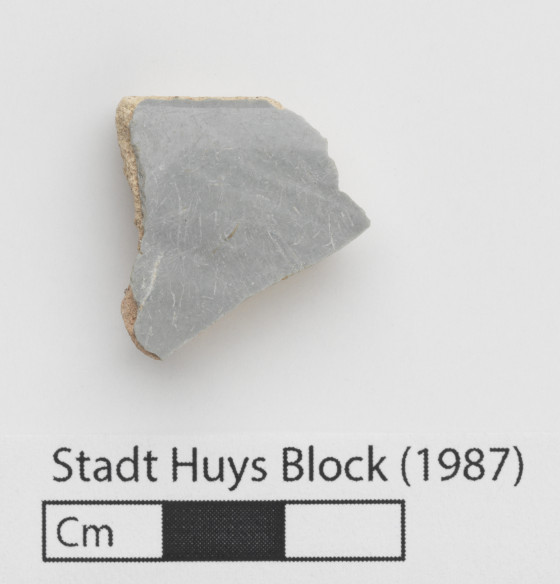 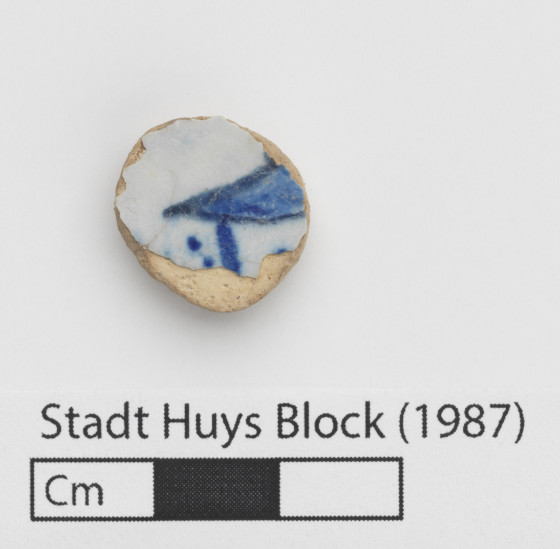