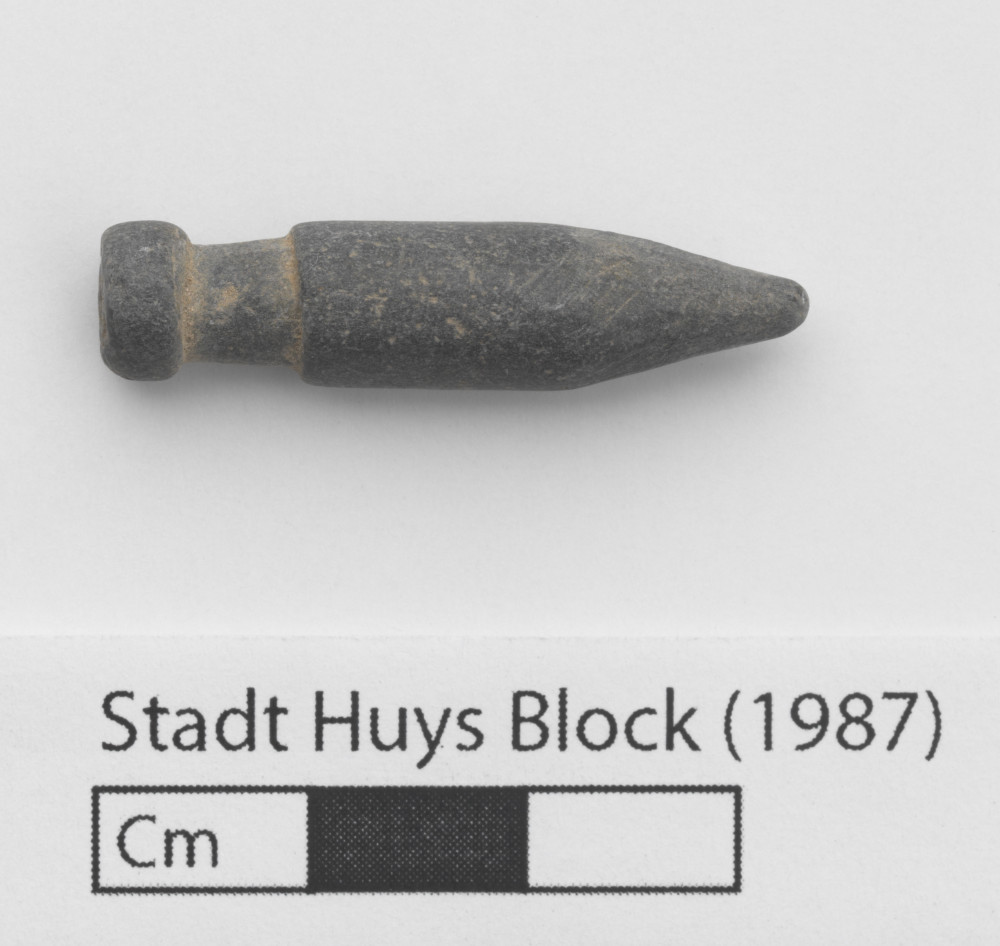 This slate pencil, measuring only 3.2 centimeters in length and 0.7 cm in diameter at the base, was uncovered in the archaeological assemblage of the Lovelace Tavern (1670-1706), established next to the Stadt Huys building by the second governor of New York. Likely imported from Wales or England, sites of major slate deposits, this pencil may have been carved with a knife into its current shape, and would have probably been tied by a string to a portable, reusable slate tablet. Within the tavern, a critical social and municipal hub for inhabitants of the young, English-controlled colony, the pencil could have served a number of different purposes depending on its holder, among them taking notes in meetings between merchants and government officials, recording scores and bets in various games, and taking inventory of the tavern's stock. In each of its possible functions, the pencil contributes to our understanding of writing and literacy in 17th-century New York City.