Ellis Island was the primary point of entry for immigrants arriving in the United States from its opening in 1892 until it closed in 1954. Prior to the opening of Ellis Island, from 1855 to 1890 Castle Garden in Battery Park served as the nation’s principal immigration station. As many as 12 million immigrants passed through its gates; an estimated 40% of all Americans alive today are descended from these new arrivals. The massive immigration station, located in the Upper New York Bay just south of Manhattan, included facilities for docking, registration, inspection, medical checks, and quarantine. During the peak years between the late 1890s and early 1910s, Ellis Island received millions of new New Yorkers. This period marked a transition in the demographics of immigration to the city, as Italians and Eastern European Jews became the dominant groups, in place of English, Irish, and Germans, who had represented the bulk of new arrivals previously.  Source: Ronald Bayor, Encountering Ellis Island: How Immigrants Entered America (Baltimore, 2014). Written by Dr. Brett Palfreyman 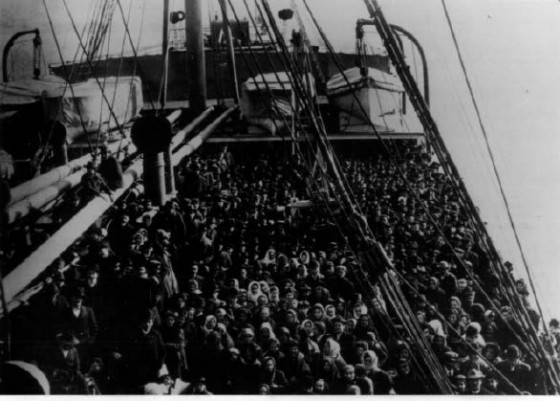