In 1664, King Charles II of England granted to his brother James, the Duke of York, a massive tract of land in North America stretching from Virginia to Massachusetts and including all of Dutch New Netherland. Later that year the English dispatched four frigates and 450 fighting men under the command of Richard Nicolls to make good on the claim by seizing the Dutch colonial capital at New Amsterdam. Though Director General Peter Stuyvesant promised to put up a fight in defense of New Netherland, his people realized they were outnumbered and outgunned. When the English commander offered generous terms of surrender – including freedom of religion, movement, and commerce – Dutch settlers quickly pressured Stuyvesant to capitulate and Dutch New Amsterdam became English New York. Source: Jaap Jacobs, The Colony of New Netherland: A Dutch Settlement in Seventeenth-Century America (Ithaca, NY, 2009). Written by Dr. Brett Palfreyman 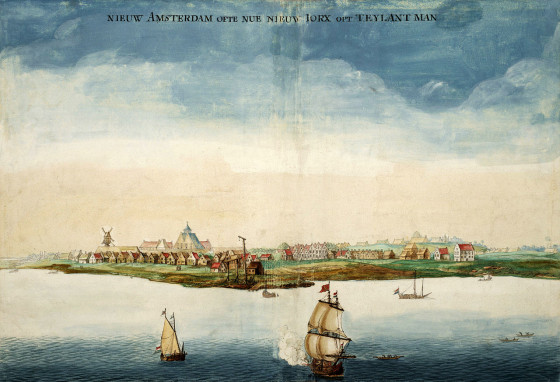