On July 4, 1776, thirteen English colonies on the North American mainland declared independence from the British Empire, sparking a sprawling conflict that would last for the next seven years. The Revolutionary War would prove particularly traumatic in New York. British troops first captured the city at the Battle of Brooklyn in 1776, then occupied New York as their base of operations for virtually the entire duration of the war. Raging fires swept through Lower Manhattan in 1776 and again in 1777, destroying as much of a third of the island’s buildings. The city and New York State generally were also home to a wide-ranging civil war between American patriots and the state’s unusually large population of loyalists. The rebelling states eventually won a functional military victory at the siege of Yorktown in 1781, though British troops did not formally evacuate New York until November of 1783. Source: Edward Countryman, A People in Revolution: The American Revolution and Political Society in New York, 1760-1790 (Baltimore, 1981). Written by Dr. Brett Palfreyman 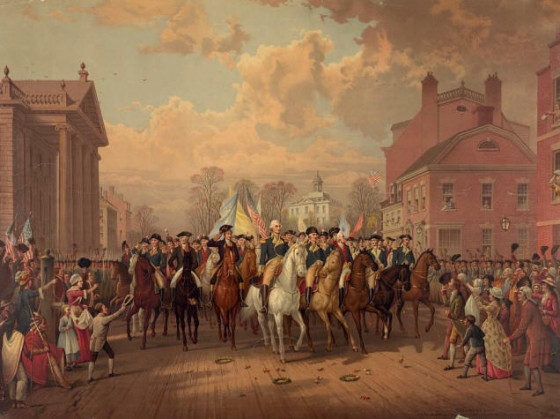