For most of the colonial period and into the 19th century, New York City had one of the largest concentrations of enslaved people in North America. In 1703, 42% of New York households enslaved at least one person - a proportion second only to Charleston, South Carolina. Slavery was a central element of the city’s labor equation, common on farms, docks, and in households. Enslaved people resisted when possible in various ways, including running away, sabotaging equipment, and occasionally, engaging in violent uprisings. In 1741, white New Yorkers arrested some 200 hundred enslaved people for an alleged plot to burn down the city, kill the enslavers, and erect a new government. By the end of an extended trial, several dozen enslaved people had been executed and many more banished from the colony. Historians disagree about whether such a conspiracy ever actually existed (or existed to the extent that white prosecutors suspected). Source: Jill Lepore, New York Burning: Liberty, Slavery, and Conspiracy in Eighteenth Century Manhattan (New York, 2005). Written by Dr. Brett Palfreyman 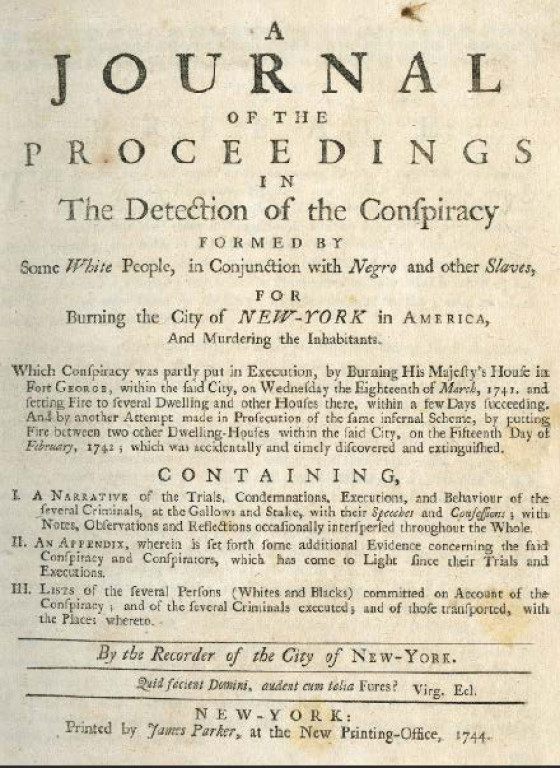