As New York City has been part of global trade since the city’s inception in the early 17th century, studying the objects people kept in their homes can reveal important shifts in this trade. The ceramics that follow include Romantic images of estates and faraway places that were unlikely to have been visited by the New Yorkers who used these dishes or the British potters who made them. In the 18th and early 19th centuries, hand-painted Chinese porcelains were highly coveted in New York and in many other parts of the world. The 19th-century British ceramics that are part of this exhibit were developed to break into this market but differed. They were not porcelain and they used a different decorative technique. Potters were able to transfer engraved images onto the ceramics, much the way temporary tattoos work, rather than hand painting each vessel. This allowed these ceramics to be produced in volume and helped make England a major ceramic production center in the 19th century which exported to many markets including New York. The architectural motifs that are shown here suggest an implicit connection with British gentility. 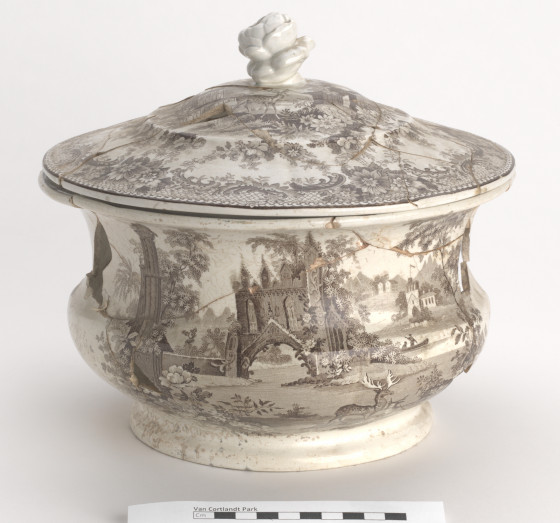 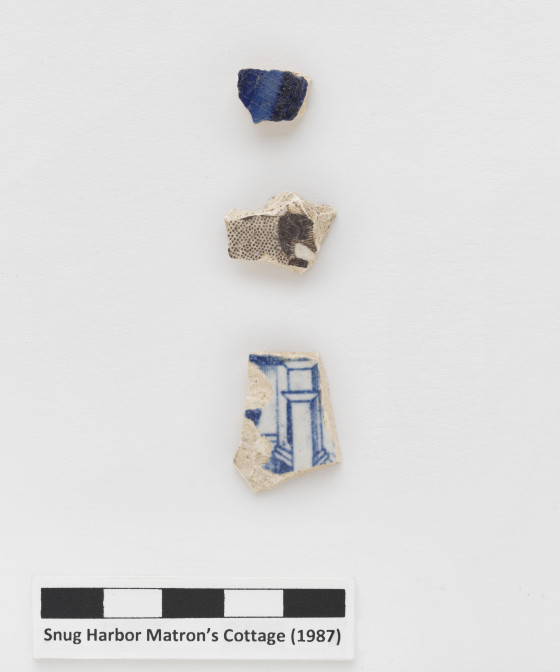 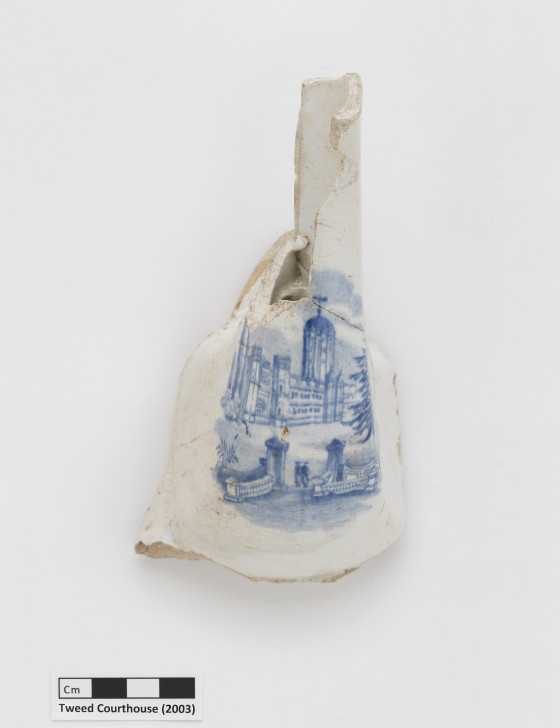 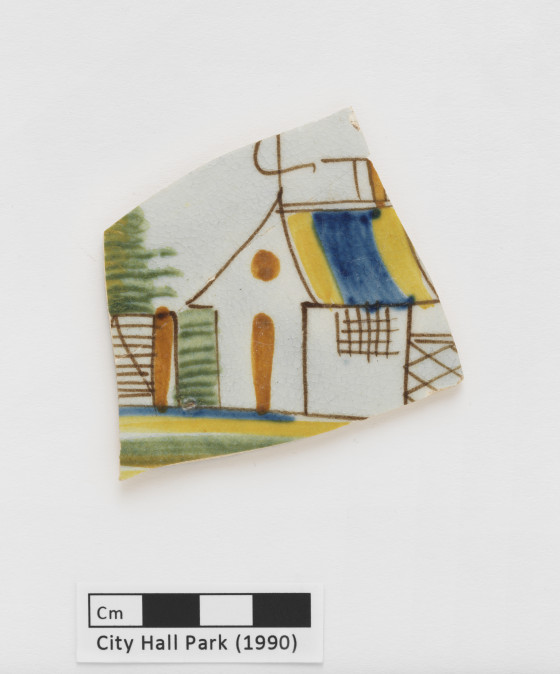 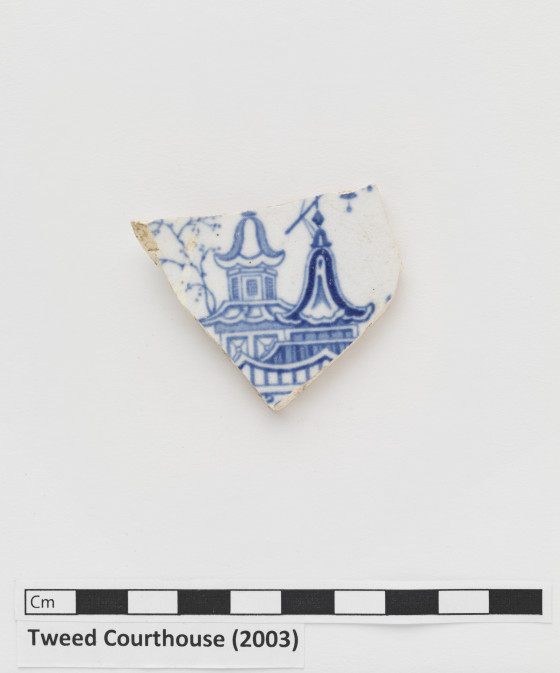 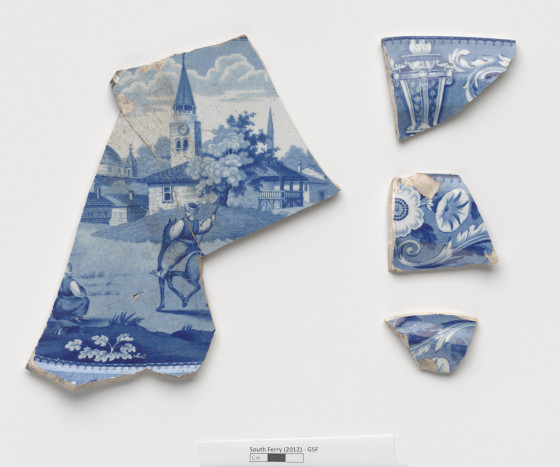