The city's archaeological collections include many animal bones and shells which can tell us a great deal about what people once ate, what the past environment was like, and even what animals were highly valued.  The following artifacts include: shells and bones of animals once on the menu of earlier inhabitants, bones of animals that are now extinct, a dog skeleton found in the 1930s in College Point, Queens that was carefully interred over a thousand years ago, and the byproducts of objects that today would be made of plastic that were once made of bone and shell. 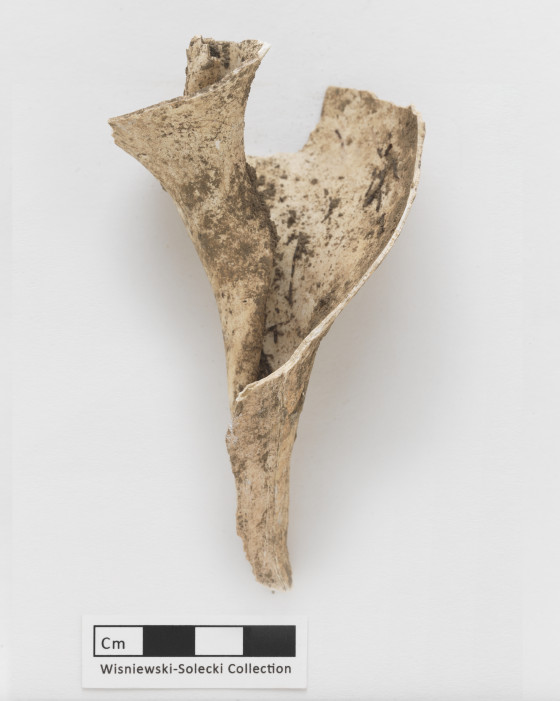 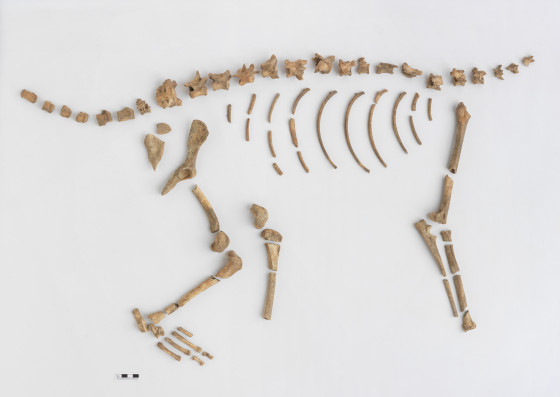 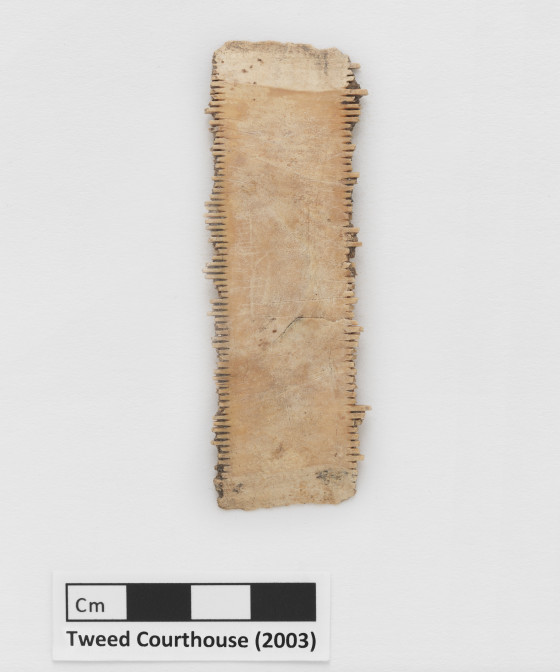 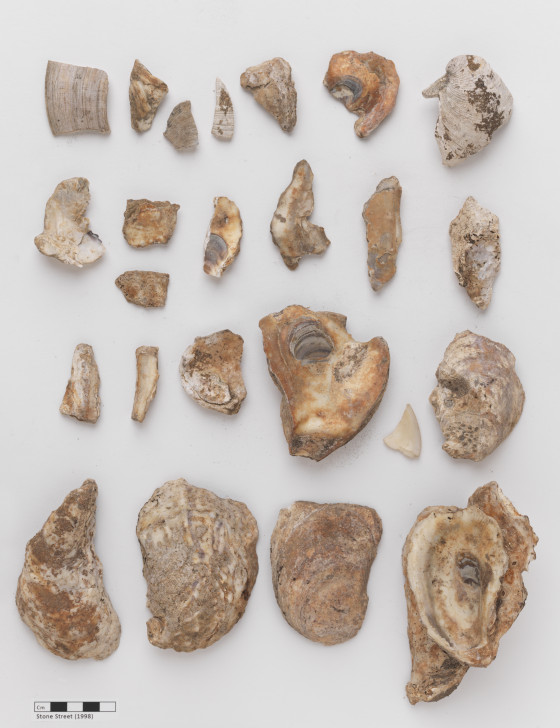 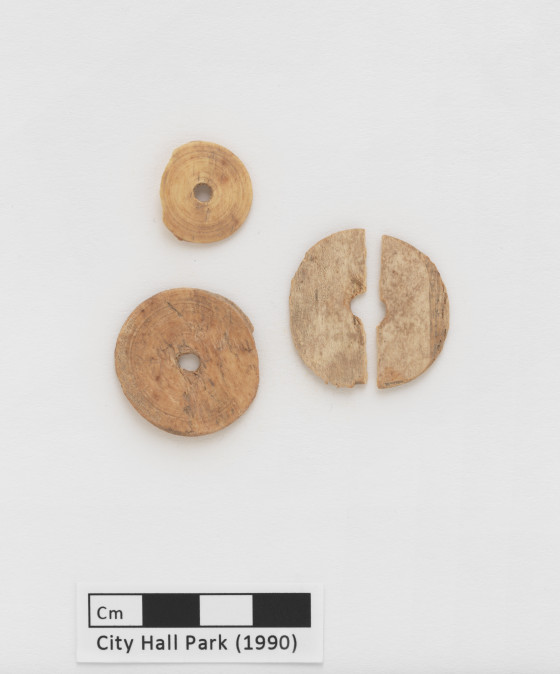 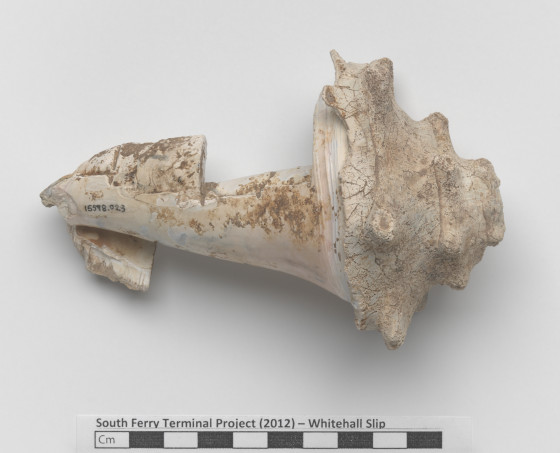 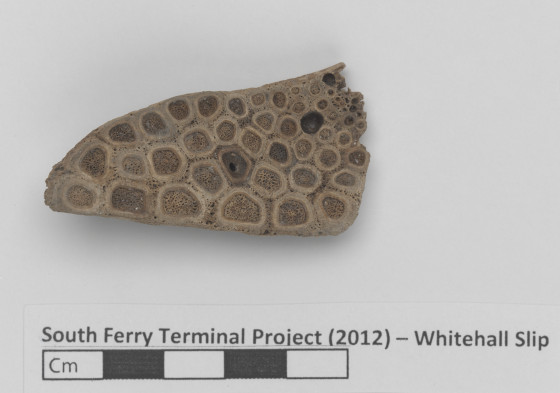 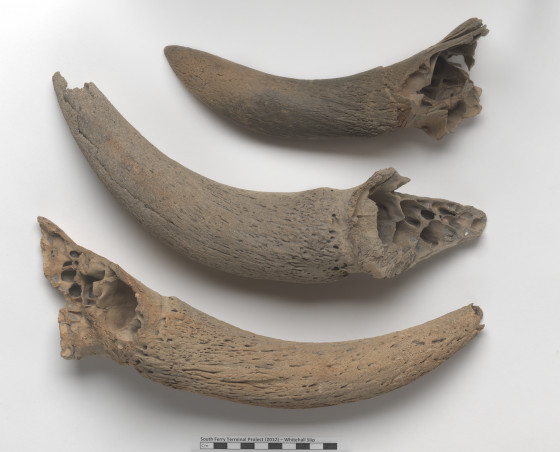 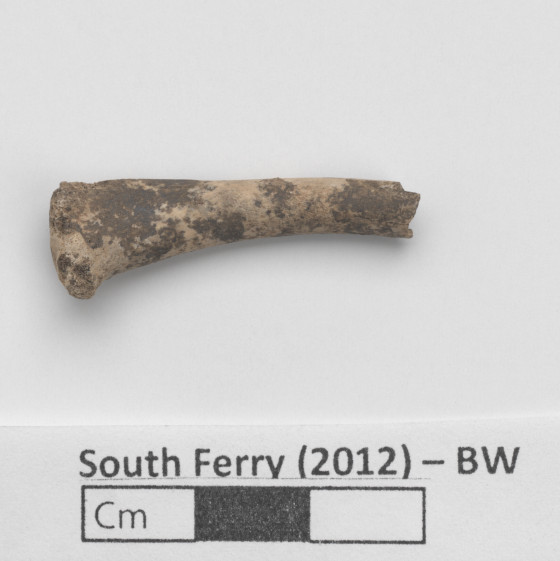 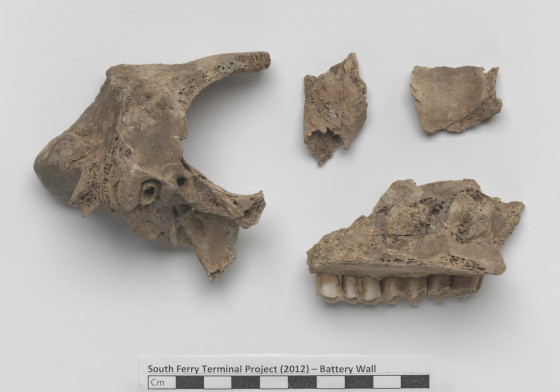 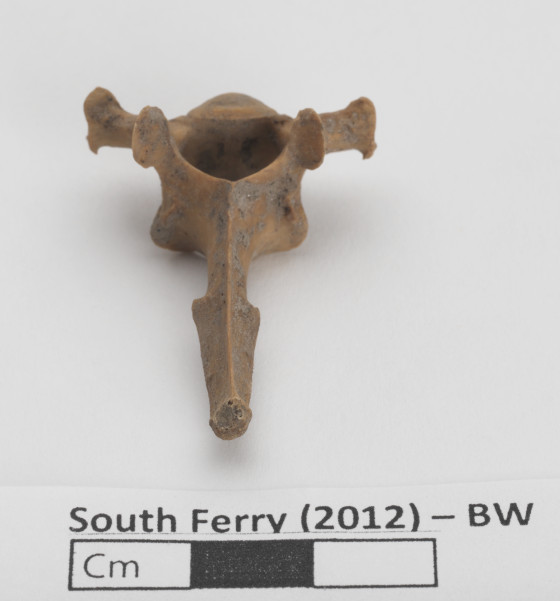 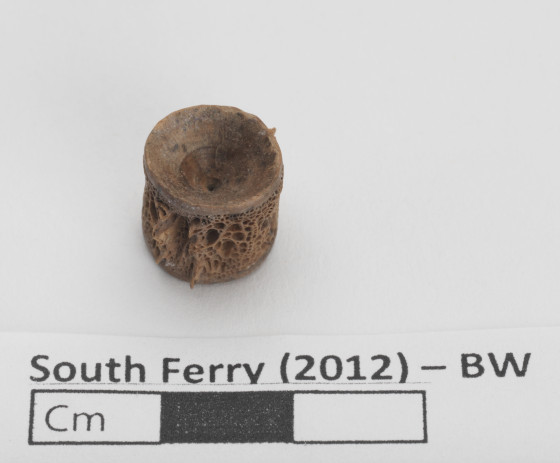