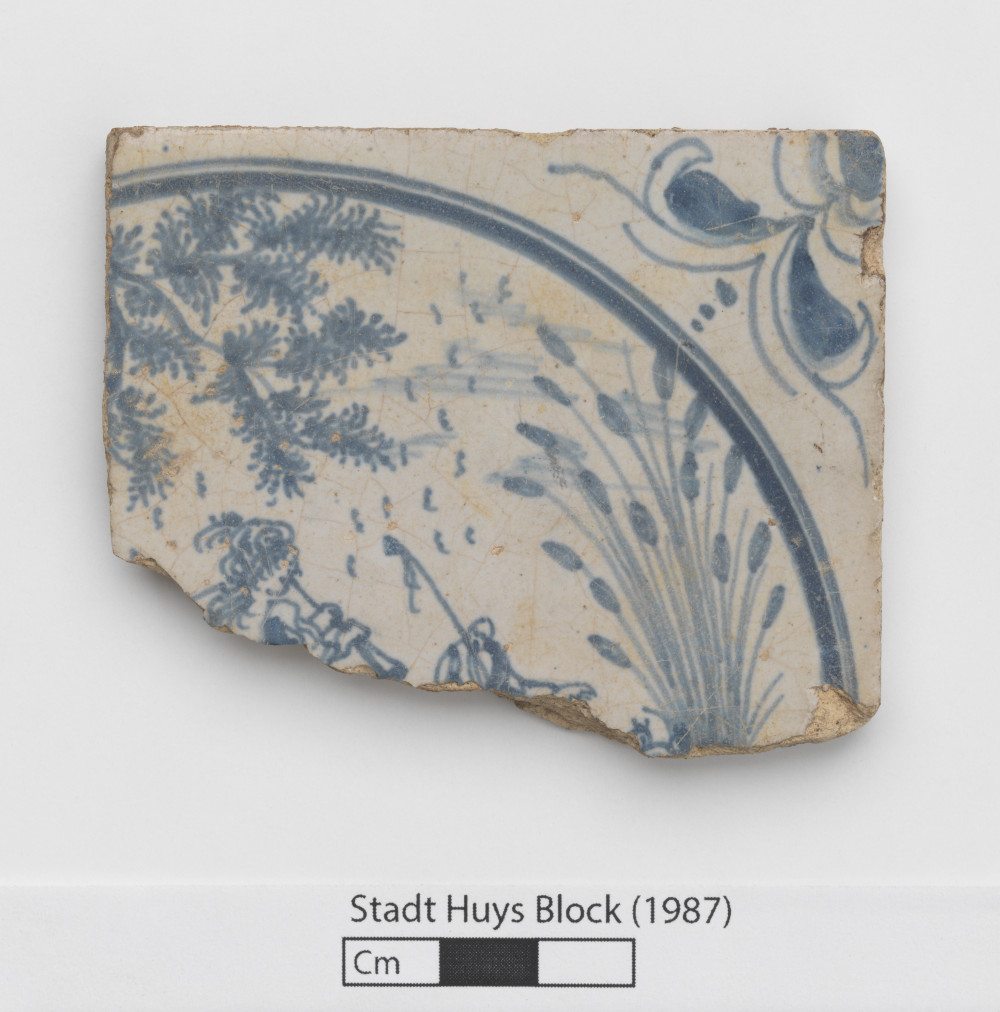 This fragment is roughly one-quarter of an underglaze painted blue and white tin-glazed earthenware tile. The tile could have been used in a variety of ways, including overlaying a hearth to help reflect the heat of fire into a room; creating fire-protected surfaces; skirting walls to prevent mice and other vermin from entering interior spaces; covering walls where frequent activity created dirt and providing more easily washed surfaces; and as decoration (van Lemmen 1997, 36-37). It has also been suggested that delftware tiles decorated with biblical scenes may have been used to help children learn scripture (Gerhauser 2016). The hand-painted decoration features a central scene enclosed within two concentric circles. This central design includes a European style figure playing some kind of wind musical instrument (identified as European based on plumed cap, a kind of hat associated with European fashion); reeds; and parts of a tree. The design represents a possibly Biblical, pastoral, or mythological scene (Gerhauser 2016; Stiner 2010, 27; Pluis 1997). The corner design is probably a variation on the oxhead foliate corner design (Gerhauser 2016). 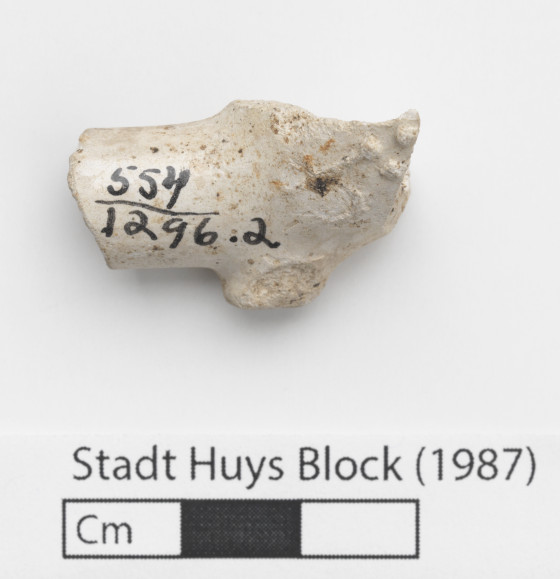 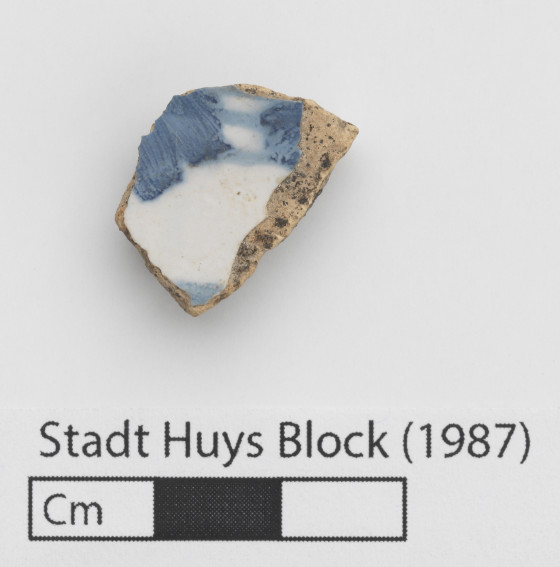 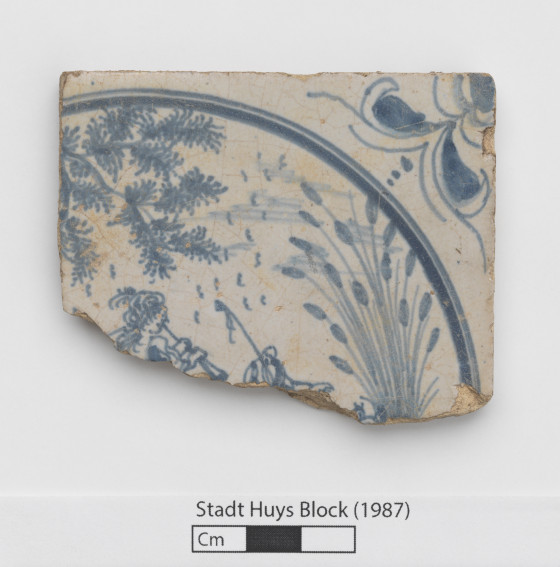 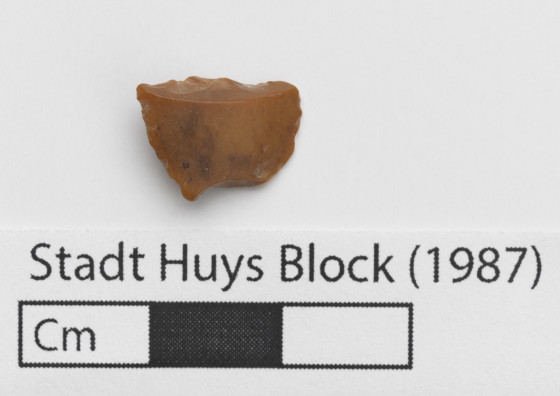