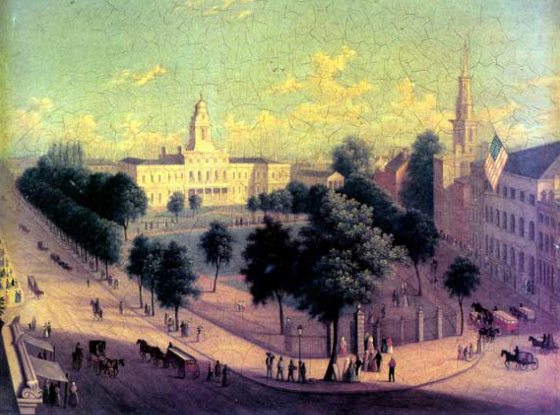 Brooklyn College analyzed the discoveries made by archaeological testing completed in 1998 in City Hall Park by Parsons Engineering Science. Most of the artifacts that were recovered are from the 18th century and may be associated with the civic institutions that were once there including an almshouse, prisons, and barracks. The analysis included an assessment of the burials that were uncovered by the excavations and a detailed site history and the archaeological collection is curated by the NYC Archaeological Repository. Please click here for The History and Archaeology of City Hall Park; Chapter 3: Laboratory and Analysis Methods; Analytical Papers: Summary and Conclusions; G_References and Sources Cited.