LPC tweets about a stoneware jar fragment that was the work of Thomas Commeraw, one of more than 7,000 free black people living in New York City in the early 1800s. The artifact is now curated at the New York City Archaeological Repository: The Nan A. Rothschild Research Center. 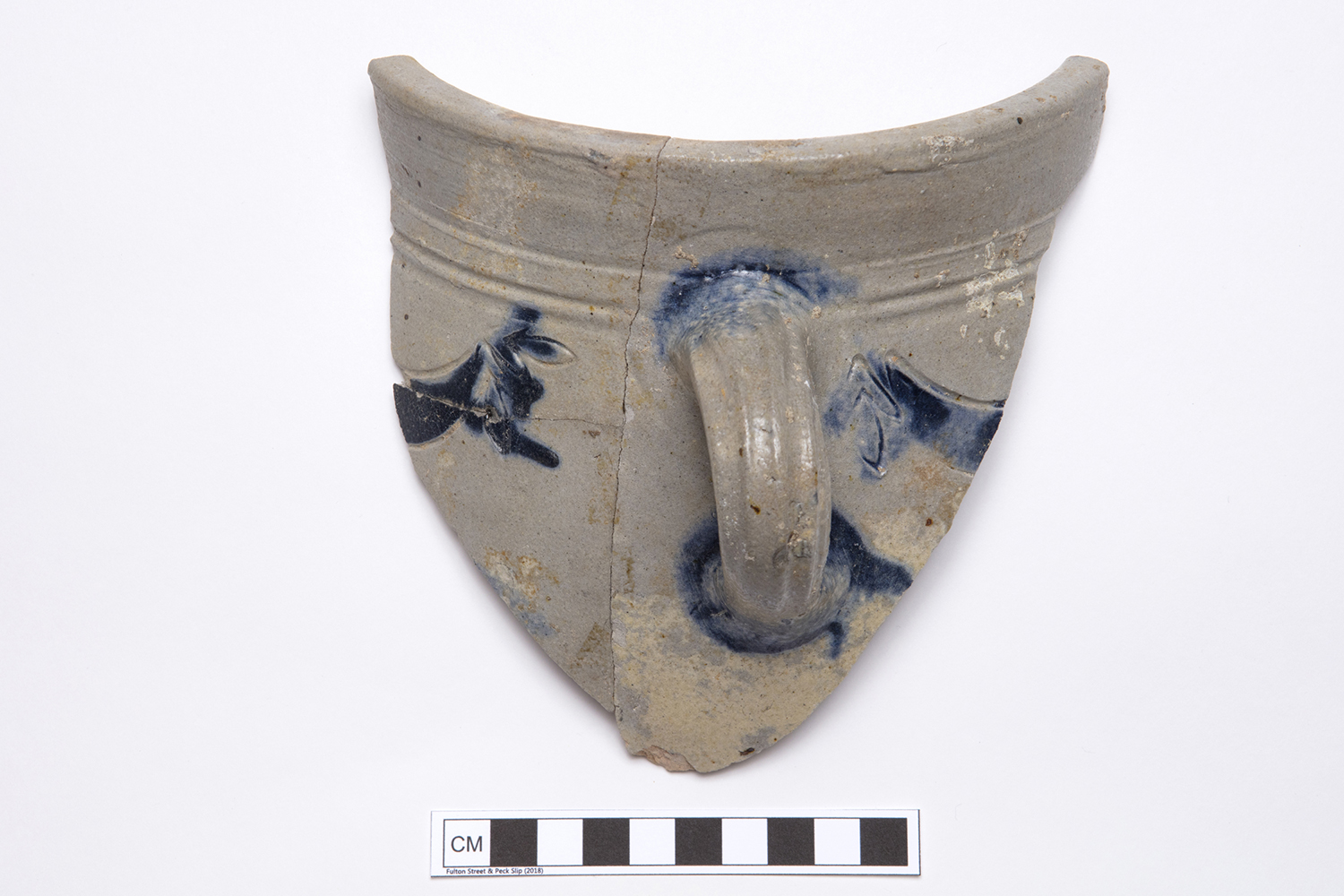 This gray salt-glazed stoneware jar fragment bears the distinctive mark—the stamped and cobalt filled swag and tassel—of free-black potter Thomas Commeraw who lived and worked in Corlear’s Hook at the north end of today’s Water and Cherry Streets from circa 1793 to 1819. Commeraw’s identity as a free-black man lies in the pages of the 1800 U.S. Federal Census where he is recorded as “Thomas Commeraw, Black” [see image #2] at the head of a seven-person household in the City's 7th Ward. By 1810, Commeraw was one of the 7,700 free people of color residing in New York. It is not yet known where Commeraw's roots lie, or where he learned his craft. He may have been associated with the families of Crolius and Remmey, stoneware potters who had long established kilns on nearby “Pot Bakers Hill” by what was the collect pond northeast of today’s City Hall Park, or with one of the stoneware potteries of New Jersey. By 1820, Commeraw had shuttered his pottery and left New York for Sierra Leone as a founding member of an African Colonization Society settlement. Research on Commeraw's life and pottery is ongoing but has already prompted new questions of the documentary record providing new insight into the often invisible lives of free blacks in New York City prior to emancipation.